Share All sharing options for: Hall of Fame Weekend 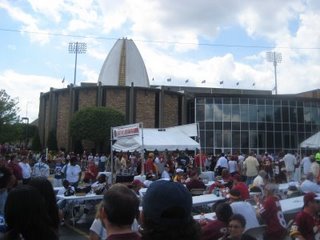 Wow. What an amazing weekend. The 4-minute ovation for Monk, the tailgating with all the Skins fans pre-ceremony, the actual hall of fame...all worth the 6.5 hour drive each way from DC. Getting to meet Gary Clark and Ricky Sanders was great. Charles Mann, Bobby Mitchell, Ken Harvey, Ray Brown, and Don Warren came out for a quick few minutes to speak on Doc Walker's show but largely avoided the crowds of autograph seekers. Gary Clark must have signed one for all 18K fans. I also briefly got to talk/meet Eric Dickerson, Mike Wise, Kelli Johnson, and Chick Hernandez. You know that first weekend of summer at the beach when everyone you talk to is in a great mood and really polite? That's exactly how it was in Canton this weekend. Met a lot of great people/fans. The partying brought a lot of great stories which unfortunately can't be repeated here due to the varying ages of our reader base. Catch me at any home game at Fedex if you want those.

Here are the relevant stats for the Skins speeches:

Me singing the Easterns Motors song with Chief Zee... 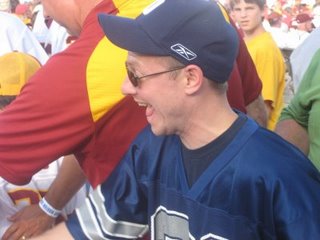 This is how doc signed it... 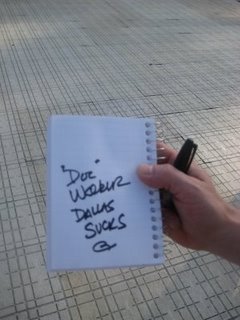 In one part of the Hall, in the team exhibit area, each team is represented and they get to choose what player appears on the mural. Much respect. (Note, the Falcons have Deangelo Hall as theirs...he's been a Raider for how long now?) 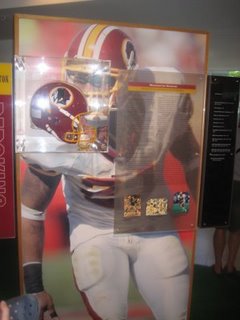 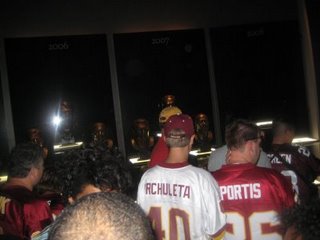 The worst Skins jersey I saw all weekend... 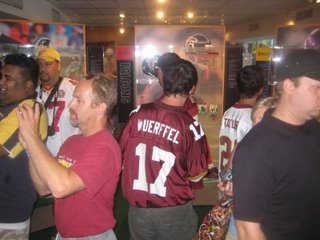 My friend sticking his ass in Michael Irvin's bust... 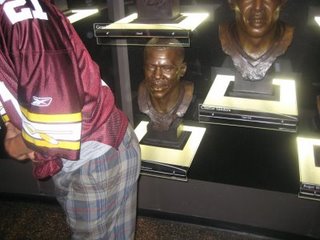 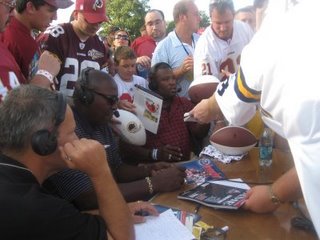