Share All sharing options for: Excuse Me Brenda...You're Standing In JaVale's Spot 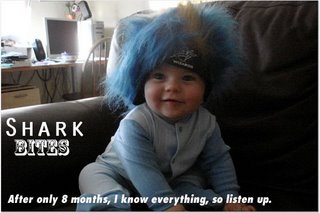 Time: After the second "Two and a Half Men" rerun, but before the first "South Park" rerun ("It's Something You Do With Your Finger") JaVale McGee. Here's what I know. Both of his names have two capital letters. TWO. He has a 7'6" wingspan and according to the Wizards Insider at the Post, he has some thoughts on his ratings in upcoming video games. I don't want to say the pick surprised people, but when they announced it, BOTH of Stuart Scott's eyes popped open. That's right. 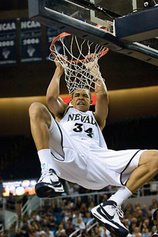 We could not afford to take an undersized forward--which is why I guess we stayed away from Darrell Arthur. Dom Corleone, a.k.a. The Godfather of Hustle is all the undersized forward we need. The draft is still going on--can someone please explain to me how the NFL draft can go on for 48 hours and be 10 times more exciting than the NBA draft?

Time: about 5 hours past my bedtime. Well, we went ahead and picked up another undersized forward. Bill Walker. When I heard the name I wondered if we were drafting accountants or basketball players. "Wizards Accounts Payable, Bill speaking....JUST a moment."

Last thought, how did Adam Silver get to be the deputy commissioner of the NBA? He looks like the evil Nazi antagonist from "Raiders of the Lost Ark"--he looks like that guy did AS he was being melted. Scary. My diaper was clean before he took the stage. Not anymore.