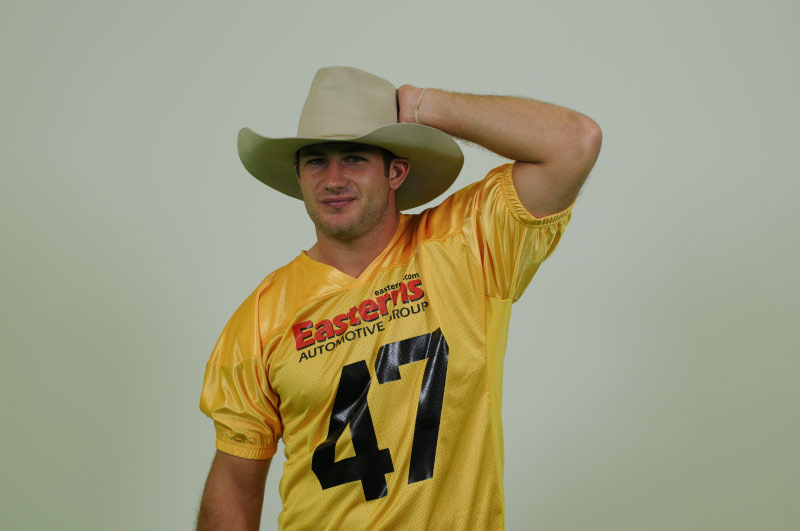 So Chris Cooley is about to do an Eastern Motors shot. We already know all the names of the previous players because we quizzed you on it earlier. You remember that? Anyway, Cooley wants to go with "John Wayne" which is kind of lame. We at Ahern are thinking...of course my initial thought is doing some sort of Sean Taylor tribute. But he already did that for the Pro Bowl. Being Eastern Motors...it needs to be cheesy. So, let the fun begin. You can post your entries on his blog here. Ahern won the 'name the nickname' for Roger Mason Jr and DMac contest...so expect us to win this one too. I haven't spoke to my partners Sugar and Shark yet, but I'm thinking 'The Refridgerator' and 'The Cooler'...get it? Cooley actually already mentioned 'Ice Man' on his blog, but again...not original which all the previous nicknames are.