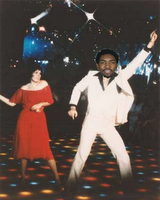 What can I say. Helluva a game despite the WORST officiating I have ever seen. My game ball goes to Roger Masjon Jr. He comes into the game and makes nothing but baskets. Caron definitely played like an All-star and is deserved of it too. All my Cleveland friends text-messaged me "How is that not a foul?" on the last play. What was amazing was Caron got SUPER hacked 2 plays before and of course it wasn't called.

And I have to mention that FIVE step no-call travel Lebron had lsat night. He dribbled once at the 3-point line and then took 5 steps for a layup. I was in utter shock it wasn't called. Hopefully Eddie will show it to the league. I don't see it on youtube but I'll get it on the replay of the game tonight.

I'm all for letting them play ball, but fouls need to be called. They were calling fouls on both ends where I was like "Let them play." Game 6 is going to be a party. See you all there.