Share All sharing options for: Why This Redskins Fan is So Pivotal to the Off-Season Plans 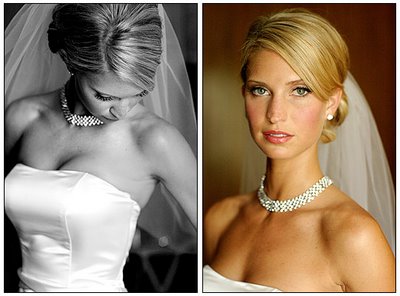 Draft
There seems to be a consensus out there that the 1st round draft pick should be spent on an offensive lineman. I understand our need to get younger and stronger on the O-line, but I think we should take a starting caliber cornerback and defensive end in the 1st and 2nd rounds. If Jon Jansen and Randy Thomas come back healthy next year, we have a good starting line. Carlos Rogers will not be starting the season next year, and I'm not sure if you guys noticed, but Springs got worked a little against Seattle. Springs and Smoot are a serviceable duo, but even if Springs comes back next year, he won't be a top cover corner much longer, and we need a franchise corner. There really is no substitute for 1st rounder athleticism on your defensive line or in your defensive backfield. If you are looking for the next player from The U, Calais Campbell, the 6'8" defensive end may be available. You can find a starting offensive lineman in the 3rd round. If we do our homework, we can get a real long-timer at this spot. The next pick is a reach pick for what I think is our need to get more physical on offense and start grooming the next generation of Mike Sellers. Kellen Davis, the TE out of Michigan State is projected as a 5th rounder. He is 6'6", 250+ (Sellers is 6'3", 280) and is built like a tank. We should make him an H-back/fullback. He will kill people.
The rest of the draft should be spent on depth on the offensive and defensive lines. Maybe you find someone who can actually make the team.

Free agency
Bryant Johnson: 6'3" wideout who has languished underneath Boldin and Fitzgerald out in Arizona. Would be a nice complement to ARE and Moss. If we go after Bernard Berrian instead as is being speculated, our receivers will be insanely fast--Campbell would be heaving the downfield a lot.
If we go the free agency route to beef up the O-line, I like Max Starks from the Steelers but he might be too expensive. A cheaper route may be to raid the Ravens again and take Brian Rimpf, a guy who can play guard and tackle.

Sounds like we are gearing up to overpay Lance Briggs, but wouldn't a better idea be to make the same kind of run at Terrell Suggs? He would be great rushing the passer for us.

And now the answer to the title question. The pictured fan is none other than the punter's wife, who joined us in our section last season for a game. We simply can't afford to rid ourselves of fans like these, therefore re-signing Derrick Frost is a top priority.

Salary Cap Hell?
We don't go to Salary Cap Hell, Salary Cap Jail, the Salary Cap Principal's office...nothing. They just always kind of maneuver around. Contracts will be re-negotiated, re-structured, and cooked up to fit nicely under the cap.

Portis Is Not Going Anywhere
I just don't get the folks who would suggest getting rid of him. First of all, I am pretty sure his departure, whether by trade or release, would result in a catastrophic salary cap hit. We are already facing that possibility with B-Lloyd, so it is beyond impossible that we would get rid of CP. Secondly, he just may be Hall of Fame bound. Look at his numbers. He is 26 years old with 7700 yards and 67 touchdowns (63 rushing). John Riggins, 14th all-time, finished with 11,300 yds. That is only 3 average to below average years for Portis. He can make a run for the top 10 all-time if he stays healthy enough. Riggins, 6th all-time in career rushing touchdowns, finished with 104. Riggins of course made the Hall of Fame, as did every retired player ahead of him (assuming Marshall Faulk, Jerome Bettis, and Curtis Martin are assured of getting in). Now is not when we should be thinking of Portis' value to our roster as trade bait or as a salary cap burden. Now is when we should be recognizing that we have an elite back who is capable of dominating a game, on the cusp of potential greatness.

Sunday is JC's Day
Jason Campbell is our franchise quarterback. There is no competition next season. Todd Collins did not play his way into an opportunity to start next year--he played his way into an opportunity to continue being a professional backup. He should stay here for the money we will give him, and continue to help JC put it together (he will be a very well-paid clipboard holder.)

Meet the New Boss, Same as the Old Boss
The only thing keeping the team from coming out more publicly on the issue is the fact that they have to be able to interview candidates--including a minority one--in good faith. It will be hard finding a minority coaching candidate to allow himself to be paraded through town without any real chance for the job. Williams is our next coach period. Let's not go down the "if not..." road right now.
I have heard people say that Williams blew it his first go-around. Seems to me another coach blew his first shot, spent time learning under a great coach as the defensive coordinator, and went on to be the only coach to go 16-0.

There you have it...a work in progress of course. Have at it.