Share All sharing options for: "My team is on the floor." 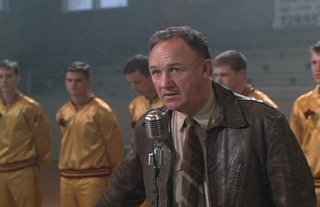 Despite what I think can be called nothing less than a success so far this season, the jury always seems to be out when the question is asked, "Are the Wizards a good team?" I don't understand the hesitation--our team defense is top 10, our forwards are playing at the highest level offensively in the league, our guards are not turning the ball over, and our coach has found a rhythm with the rotation. The Wizards aren't great, but the Celtics are a great team. The Wizards aren't great, but the Mavericks are a great team...all with regard to this season of course. We just beat the Celtics back-to-back, and we just swept the season series against Dallas. Shouldn't all of these things be enough to wonder right now if the team we put on the floor every night could get deep into the Eastern Conference playoffs? Except the team we put on the floor every night is still, after all of these things, noted more for what it is missing than what it is not. So instead of saying that the Wiz are a good team right now, you hear people saying that how good they are depends on how good Gil is when he comes back.

"I would hope you support who we are, not who we are not."
Admit it...if you watch the Wizards right now, you see how studly Caron is, you see how good Twan STILL is, you see how hard Brenda is working. But don't you still find yourself thinking, "If we had Gil..."
How unfair is that? The truth is we were pretty much exactly this good record-wise last year with Gil. But the thought then was that even though we could outscore almost anyone, we would get killed in a playoff series because we didn't play any real team defense to speak of and we relied too much on jump shots. Now our defense is what makes us a threat. Our defense is quickly becoming our identity. Caron and Antawn are absolute beasts both around the basket and shooting from the floor. If they don't make the All-Star roster, it will be an absolute crime. Shouldn't the question be, "Where would Gil even fit in?" Hasn't the knock on Arenas been his reluctance to exert himself defensively? How badly would that ruin what we have going right now? Is he capable of giving the extra effort defensively and settling for 12-15 shots per game (at most)? My opinion is that of course he is very capable. Gilbert has demonstrated the rare quality that separates the elite players in this league from the good, even great players--the overwhelming desire to be great, translated into hours and hours of work and practice and a dedication to his abilities on the court. How often are those kinds of talents wasted on today's prima donna atheletes? Gilbert deserves the benefit of the doubt on this one folks. He is no dummy. He loves to win. He strives to be the best. No matter how great we are at either end of the floor, if it comes down to a last-second shot, he is still the best player on our team--and one of the top 5 in the league--to take it.

Of course we are better with Agent Zero
To anyone who thinks for a second Gil would not fit in on this team, you are crazy. He has already suggested that he come back as a 6th man. That is as astute an observation by him of his potential role when he starts getting healthy as any, and way more important coming from him as opposed to a sportswriter. Let him start by coming off the bench, hoisting some shots, and getting the season-hardened players in there to kill themselves defensively for the lion's share of the game. If he comes back in time to get conditioned for the playoffs, we will need him in the starting lineup. It is easy to point to last season to see how we did without him in the playoffs. Of course, we had no chance to figure out what our team was without him before being fed to the Cavaliers. We have the luxury now of knowing how to win without him--more importantly, that we CAN win without him. But to suggest we are better without him is ludicrous. There just aren't that many players of his caliber out there. If you have one, you figure out how to use him and rely on his strengths.

"I'm sure going to the..finals is beyond your wildest dreams, so let's just keep it right there."
It is not even the All-Star break. A lot of basketball still to play. A lot of healing for Captain Quirk to get through (as well as Etan). Now is not the time to forecast how the team, with a healthy cast of Wizards, would do in the playoffs. Now is the time to appreciate the team we are putting on the floor. It is a fun time to be a Wizards fan. We have every reason to believe we can win any game, any night, and we have every reason to hope that this team will only get better as the season draws toward its meaningful, post-All-Star festivites phase.