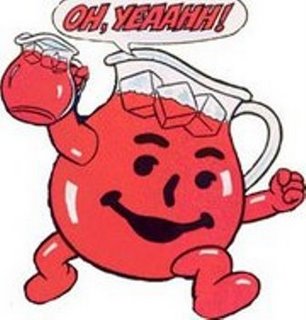 Wow...a lot to digest from the recent events of the Redskins' coaching search. If the public outcry in recent days after various moves is any indication of the level to which we are all following this saga, it is safe to assume we need no recap of what has transpired. So let's get right into it.

I am not broken up about losing Saunders OR Williams. Nobody could have thought Saunders' job was safe. He has had a tenuous hold on his job since the day he arrived. Williams, on the other hand, was a surprising loss. Who among us could honestly say we didn't think he would be the next head coach (after Bill Cowher said he was not coming)? And yet, here we are and he is not even coming back as the D-coordinator. Yikes. Would I have been happy about him getting the job, of course. But making him our next head coach would have guaranteed us nothing more than a warm and fuzzy feeling. Do I think he could be successful as a head coach? Sure. But we are all still riding the emotional tails of this past season. There have been times in Williams' tenure here where we would not have been this upset to see him leave. I think what is absolutely pissing everyone off is the nature of this process. So let's talk about that.

Vinny's promotion
Does anyone truly believe that Cerrato has any more or less power today than he ever had? This dude would be right there with cockroaches after a global nuclear war as the only survivors. I'm not even mad--it's really rather impressive. The "promotion" really means nothing to us--this was about Danny's profession of undying love to Vinny. Nauseating? Yes. Those two are the Ross and Rachel of the NFL. If they weren't together you would just be wondering when and how they would get back together. Nothing new there.

If I Can Call You Betty, You Can Call Me Al Davis
Who else hires every subordinate first with such utter disregard for what ANYONE else thinks besides Al Davis in this league? Now this is an area of concern...especially if there is no man (future mystery head coach) behind the curtains secretly signing off on all of these hirings. Far be it for me to say that just because a certain way of doing things has been adhered to for years it should continue to be adhered to...after all, innovation must occur. The real dilemma is that none of us thinks Dan Snyder is so well-versed in the ways of the NFL that he can be a true innovator of anything except where it pertains to raising parking and beer prices.
To be fair, I DO believe Dan Snyder is taking advantage of this process to engage in the age-old art of "exchanging ideas" and educating himself while meeting with what can be rightly called a smart group of coaches. Lombardi, Walsh, and Shula they are not, but Mora, Fassel, Meeks, Williams, Schwartz...these guys are not morons. I am sure when asked, "What would you do with our current group of coaches and players?", each of these men has offered a well-thought out response. Each has offered ideas specific to players, specific to strengths and weaknesses of the offensive and defensive staffs, and specific to the competition (6 games inside the best division in the NFL). The problem is whether we believe Dan Snyder is capable of learning from these guys. Is he just full of himself to think he can take these meetings, absorb all these ideas and philosophies and all of a sudden be the next Plato? Odds are against that.
But at least there is the appearance of a process. Right? I mean, how many times has he left a vacancy open for this long? Five years ago, Snyder's "Coaching Search" would have consisted of Fedex backing up one truck full of money after the next until Bill Cowher said yes. Now we have what at least appears to be *gasp* a strategy, point, or purpose to this whole process. Could it be 1000% wrong? Ummmm, yes. But it is 1000% refreshing, like the first time you undid a bra without looking like a d-bag. I can't be the only person thinking this.

Were we really that in love with Williams? Or were we simply willing to settle for whatever Williams gave us because we were certain it would be better than whatever Danny could give us? And don't get me wrong, that is fair. But at some point the little guy has to take the training wheels off. And so far, the moves with which we can judge his learning curve on are good ones. Jim Zorn is a good coach. Greg Blache is a good coach. Both have spent time learning under Mike Holmgren, and both are reportedly highly thought of by....

The next head coach of the Redskins:
Steve Mariucci. I like it, I really do. Is it possible he has rubber-stamped the Zorn and Blache hirings? You bet it is. Is it possible that Snyder is waiting until after the Super Bowl so Mariucci can ride out the NFL Network's coverage of the Big Game? Yup. Cerrato of course has the San Francisco connection, which neatly and nicely ties up the loose ends of how Snyder would have put this one together. Don't want to give Vinny and Danny the benefit of the doubt on this one? Fine. But suppose for a moment they are trying to get this done. Do we step backwards on defense? Nope, Blache has been at or near the head of as many great units as Sharon Stone, Paris Hilton, and Kate Hudson combined. On offense, there is not much backward area to go. The key is QB development, and in Mariucci and Zorn, we would have guys who have worked with Brett Favre, Steve Young, and Matt Hasselbeck.
Brilliant!
You are worried we are losing ground in the off-season activities department because our head coach seat is vacant? I wonder where a guy could stay abreast of everything one would need to know about the NFL, the draft, rumors, passed along information, scouting, etc. Hmmmmmmm...maybe the NFL Network headquarters? Hell, if Mariucci is the guy, we should wait a month to hire him. He'll be privy to every single facet of every single team he wants over there. He's got Pat Kirwan's Big Board for the draft, Adam Shefter's inside information, and feedback on any issue under the sun from nothing less than experts on every single issue. Good lord, I just messed myself. This could be GENIUS! And if Mariucci is the guy, well that would satisfy all you folks who think the head coach should have say over his coaches, since it is clear Mariucci would have had serious input (don't believe me? maybe you'll listen to JLC) in the process.


Listen...you can cry about it all you want, and I am not trying to serve up the Kool-aid (well, I kind of am), but I like Zorn and I like Blache. I like our staff staying mostly intact. The promotion of Cerrato is dubious, but I don't believe for a second he is any more or less powerful in Danny's world than he ever was. I am sure there are those of you who are certain you think they are "doing it the wrong way". But unless they hire a college coach, I will be more than ready to give this method a chance. Whomever they hire as head coach will be coming in with their eyes wide open--whether this person is secretly in the background signing off on all of this or not. They will be coming on board to manage what we have, not coming in to change it all up. That was the promise we were made, and to date, it is a promise that has been largely kept.