This can't be right. This just doesn't make sense.

With every 3 yard pass on 3rd on 4, every 4 yard run on 3rd on 5, and every decision to punt on 4th and 1, the amount of people calling for Joe Gibbs to retire--or worse, for Joe Gibbs to be fired--grows exponentially. They scream, "He has lost touch with today's NFL player," "He has no feel for the flow of today's NFL game," "He seems lost and confused on the sidelines, and it's costing us games." To all of these people, I ask a question famously offered by The Great Communicator himself, Ronald Reagan--"Are you better off than you were four years ago?"
It is absolutely that simple.

I told you before the season that not only were people ignoring this year's team, they were dismissing this franchise. Like us, Coach Gibbs is far-removed from the greatness of the teams that won championships for D.C. We are not even in the championship debate any more, and it has nothing to do with the Coach's decision to throw or pass or call a time-out. This town can thank Norv Turner, Steve Spurrier, Danny Wuerrfel, Jeff George, Deion Sanders, and VINNY CERRATO for our current state of irrelevance...to name but a few of the folks who have contributed to the craptastic environment that has grown and festered in the last decade and a half. 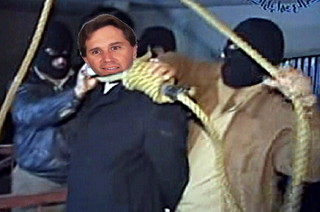 We survived (barely) the Norv Turner years. Like passing through a desert, that span of time tested our wills, and it is clear we lost some people along the way. Terry Robiskie and Steve Spurrier managed to suck so loudly that the great success of Marty Schottenheimer in 2001 is hard to discern. Steve Spurrier shouldn't have been released from his contract--he should have been charged with a felony. In addition to criminally ruining the career of our last 1st round quarterback by employing a pass protection scheme that was DESIGNED TO GENERATE SACKS, he embodied the "Better to give up than show up" attitude that we witnessed in Deion Sanders and Lav Coles when each of them left town. Norv is captain of the all-time "Abandon the Run" team, Spurrier is captain of the all-time "Abandon the Quarterback" team, and Schottenheimer was just plain abandoned.

Gibbs doesn't have the word abandon in his vocabulary. Down 17-3 to the Jets (a bad team), he stuck to his game plan and scraped out a win that left me wanting to vomit. It was not a pretty win but he decided what it would take to beat that team, and he went out and did it. One of the greatest players to ever suit up on the defensive side of the football, Champ Bailey, gets a pass from being blamed for anything--he was fed up with this franchise. But he had the decency to approach Coach Gibbs like a man and tell him he was done instead of doing it on TV through the media. Thanks to his professionalism, we at least got a franchise running back in return for him--though you won't hear me extolling the virtues of RB's over franchise CB's.

But we made it back to Joe and he made it back to us. He never folded his losing hand, even blaming himself for the early failures of an organization in complete disarray. Have we enjoyed Super Bowl success since his return? No. But we don't deserve the luxury of judging our team in terms of championships these days. We haven't deserved that since Joe left.

On to my most pressing concern. We call ourselves the Redskins' faithful...where's the faith? Part of what makes us so insufferable to the rest of the league's fans is the way we hold Gibbs to Christlike status. If that seems backwards even to us, the fact that we would choose to turn on him now is even more backwards. Are we better off than we were four years ago? Of course we are. This team is heading in the right direction. The speed at which we are heading in that direction is debatable. But the signs of progress are hard to ignore. We have a starting quarterback who is about to make his 16th career start, giving us a look at what he can do over the course of a "full season". Currently 7-8 in his first 15 starts, there is no real leap in the major stats from his 7 starts last year to his 8 starts this year except for one--WINS. He was 2-5 last year. He is 5-3 this year. Is anyone going to confuse him with Tom Brady? Of course not. But is anyone going to confuse him with John Friesz, or Heath Shuler, or Rob Johnson? Of course not.

The caliber of person at the leadership positions on our team--Campbell, Landry, Fletcher, Samuels, Jansen, Daniels--is at the highest level since the last group of players to suit up for Gibbs. Sure, he did not bring all of those guys in, but he sure kicked a few guys out who didn't meet his standards. I would include Sean Taylor in his own category. As long as we can re-sign him, his maturity and approach to the game these days has all the makings of a most distingushed career.
You want to play the "should've" game? Let's play. We "should've" lost to the Cards. We "should've" lost to the Jets. But we "should've" beaten the Pack. And we "should've" beaten the Giants. Net result is still 5-3. Fun game.

Finally, a little dose of reality. Does Joe Gibbs look like he is in a 100% comfort zone out there? No. Does he give us the impression he knows exactly what to do in every situation instantaneously the way he once did? No. Does he appear to be taking too many cues from any of the zillion coaches on the sidelines and upstairs? Yes. But to call for his firing? Where does that leave our team? How does that continue with the trend away from disarray that GIBBS started? How does that make us better? And what has Vinny done to prove he is capable of replacing Gibbs with someone who will take this ball and run with it?

Keeping the faith is not supposed to be easy. When you have to do it, it generally means you are clinging faithfully to something that is not readily apparent, or visibly seen. We have reason to believe, and that reason is very very simple. We are better off now than before the return of Coach Gibbs. Where previous coaches did not deserve the chance to continue their reigns of terror, inadequacy, and apathy, Gibbs has earned the right for us not to give up on him.